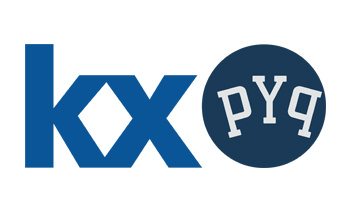 FD (AIM:FDP.L, ESM:FDP.I) announces that its KX division has acquired the rights to PyQ from Enlightenment Research LLC. PyQ, or Python for kdb+, is a set of software components that simplifies the running of a Python interpreter embedded in a kdb+ server.

Kdb+ is an in-memory, time-series database with a built-in programming language called q. It is known for its record-breaking speed when performing complex analytics on extremely large datasets. Widely used in financial services, kdb+ is also increasingly being used in other industries with streaming Big Data business applications. KX will open source PyQ on GitHub.

PyQ functions as an extension to kdb+ and features zero-copy sharing of data between Python and the q programming language, as well as a means to call Python functions from q and q functions from Python. For a Python programmer, PyQ gives them direct access to data in kdb+ without the need to program in q. For a q programmer, PyQ offers easy access to the numerous computational and visualization libraries available for Python.

Developed by Alexander Belopolsky of Enlightenment Research, PyQ covers all Python libraries with a primary focus on numerical libraries such as NumPy and SciPy and as well as other Python libraries.

Quote from Mark Sykes, COO KX Systems: “PyQ has set the standard over the years for bringing the power and speed of kdb+ to Python users. With over a decade of development, and hardened with deployments across many enterprises, PyQ is a natural fit in the growing kdb+ family of Fusion interfaces. It is the perfect partner to our forthcoming embedPy library which opens up machine learning and Python to kdb+ developers. We are grateful to Alex for allowing us to bring this technology to our entire user base, and we are releasing it under the Apache 2 license free of charge, with immediate effect.”

To read more about KX’s Python initiatives, including PyQ and embedPy go here.