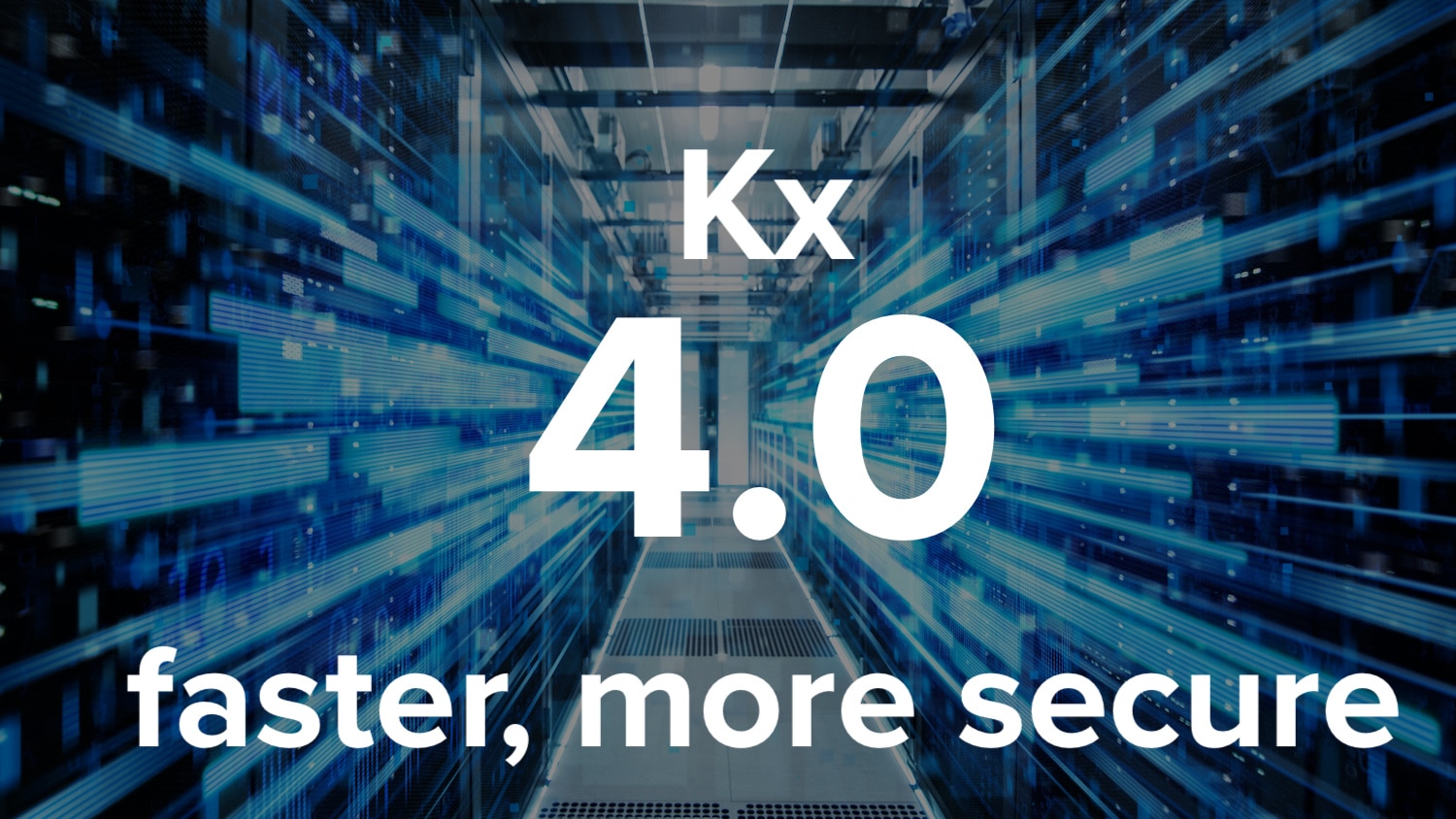 We are pleased to announce version 4.0 of kdb+, introducing significant new features for improving performance and security.

The parallelism implicit in loopless vector-programming languages, such as q, help them access the processing power of multi-processor machines with minimal coding effort. Q’s Parallel Each operator lets the developer simply assign expressions to be delegated to slave tasks.

Intel Optane DC persistent memory (Optane Memory) is a new hardware technology from Intel, based on a new silicon technology, 3DX Point. It is significantly faster and more durable than existing storage media, and blurs familiar architectural distinctions between files and memory.

Transparent Disk Encryption (TDE) solves the problem of protecting data at rest, by encrypting database files on the hard drive and consequently also on backup media.

As TDE decrypts the data inside the kdb+ process, rather than at the OS/storage level, data remains encrypted when it comes across the wire from remote storage.
Read more…

The production version of kdb+ 4.0 is now available to licensed users; for users of the previous version the upgrade is seamless. We’d be interested to hear of your experiences with kdb+ V4.0.  If you have something to share, please write to me: simon@kx.com.